The Attraction of Electromagnetic Computer-Assisted Surgery in
Total Knee Replacement

For some years, the orthopedic community has been promoting technologies which assists in more accurate placement and documentation of total knee replacement. This is referred to as computer-assisted surgery, or CAS. For those surgeons to continue to be on the leading edge of technology, it has been a true revelation in providing excellence in accuracy and precision in a very technically demanding surgical procedure. Recently, through my work with Zimmer and Medtronic, an electromagnetic guided navigation system has been perfected, tested, and now is routinely used in all total knee replacements where patients request its use. 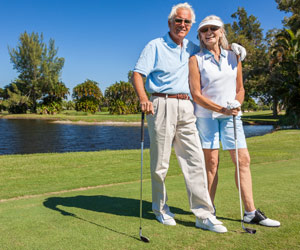 Hurdles of the Past

Older navigation systems relied on infrared (IR) light which it tracks geometrically to give the physician accurate orientations of the surgical procedure. The disadvantage to the surgeon in the OR personnel is that the beam of light that is necessary to acquire this image was commonly disrupted. In addition, the trackers that are attached to the patient wind up would be obscured by drapes or personnel which would result in a loss of signal. This adds time to the operation and frustration for the surgical team.

A second problem with the traditional infrared tracking systems was that it required large pins being placed in the bones around the knee in as many as four separate penetrations to the bone and skin. Many times, these become irritated, and in some instances, result in adhesions, fractures, and unsightly scars. Although some may not think this is a serious problem, any improvement in this would certainly benefit not only the patient, but also physicians who would prefer to avoid the disruption and potential soft tissue damage.

Accolades of the Future

Sensitive to these concerns, my team of physicians has now perfected a new, less-invasive technology called electromagnetic computer assisted surgery. This is done off of a wave form of energy, just like the magnets pulling the door shut on your refrigerator door where a magnetic field is produced, which is then picked up in small tracker coils in the ends of the incision. When these coils send minute electric signals to the computer, the exact position can be calculated from comparing the different electric voltages from the coils. Since line of sight is no longer an issue, the disruption of signal is no longer a problem. The trackers, which are no larger than the size of a dime, can be inserted inside the incision and out-of-the-way for the surgeon and the operative procedure. The beauty is that they do not require anchoring through the skin outside the wound. They are also capable of receiving signals much more accurately and consistently since they can literally see around corners and through objects.

As with any technology, it comes with a price tag. In this particular case, the cost of the the trackers and drapes required for the procedure are still not usually paid for by insurance since there is no billing (CPT) code created yet. Therefore, the cost of these items is currently being paid for by my research foundation for patients who desire this extra level of accuracy. There will probably be a day where all insurance companies will reimburse this item, but at the current time, it is still variable. Since the government (Medicare) and insurance companies do no read the extensive articles describing the proven superiority of a CAS-assisted surgery, the surgeons are also not reimbursed at this time. In my opinion, that is still no reason to not inform patients to this advantage of CAS over traditional instruments used in knee replacements.

No technology is developed or utilized for free. Since research depends on financial support of the industry as well as philanthropic support, the $850.00 charge for each tracker kit used in each total knee replacement significantly reduces the opportunity to continue development of this work. Tax deductible donations to further this effort are the only solution available to perpetuate this endeavor.

Once upon a time, pilots had nothing more to navigate off of than compass headings and visual references to the terrain. You won't find any modern pilot climbing into an aircraft or boat without having a GPS at his side. For those of us doing frequent knee replacements, the availability of electromagnetic tracking for precise, accurate placement of the components provides a second tier of checks. It is a welcomed addition to my instrumentation. While providing confidence to the patient that the alignment and precision was the most accurate possible.