Why Surgeons Carry Computers to Operations

The History of CAS

In 1851, when John Soule coined the phrase "go west, young man," he was rallying interest in the new frontier. He was hopeful that someday these pioneers would somehow find their way, yet his suggestion was not accompanied by any timetable or instruction. Computer-assisted surgery (CAS) is a computer-guided system to aid in the localization and orientation in a variety of surgical applications. Originally, the system was used to assist in confirming proper positioning and orientation in neurosurgery and ear, nose, and throat surgery. 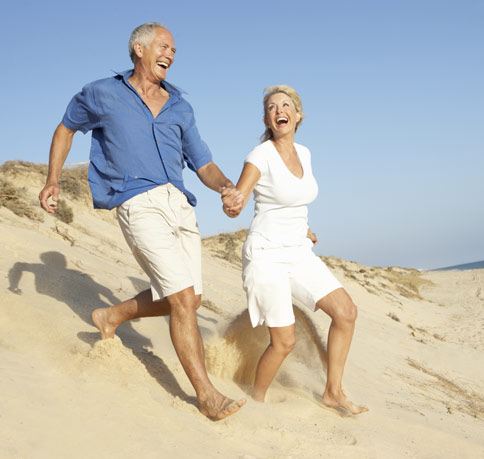 Recently, however, has begun to be relied upon because of its accuracy, to replace some of the alignment orientation systems used in knee and/or hip replacements. Because of its characteristics, it may allow modifications in the procedures which can provide faster and less painful recoveries. For decades, implants such as total knees and hips have been guided by alignment rods and rulers. Never before have we been afforded the precision of computer-driven timing and accuracy. With the advent of advanced software and laser-accurate positioning systems, a new revolution in the precision of total joint replacement is about to begin. Not only will we have an itinerary for the sequence of surgical steps, but we will also have super-human accuracy in placement. With these systems, the precision of measurement actually supercedes the capability of the hands behind the instruments, part of which comes from predictive planning in cuts prior to actually performing the next step. The end result is an enhancement in precision of placement of the prosthesis. All of these are necessary prerequisites for successful implant performance and patient satisfaction. Because of the expense and difficulty, this technology is not available to all surgeons. Nonetheless, it is hoped that more surgeons will adopt its use and will realize the benefits of more precise joint replacement.

At the Methodist Hospital, I have had the opportunity to be involved with not only the refinements in this system, but also have eyes on horizons of new frontiers in a more widespread surgical use such as trauma, spinal, and neurosurgery, and revision joint surgery. As in any new technology, the system adds time and expense to the procedure. In the future, it is predicted that it will shorten the operative time as well as the recovery time in conjunction with eliminating certain steps that are currently being done by older methodology. If you feel that CAS is an added benefit and would like to have this done on your surgical procedure, be sure to talk to me or my staff so that we can be sure to plan for this. In the mean time, I will continue to work with the industry to develop refinements in its use and remain enthusiastic about the abilities of this system to provide new and improved horizons for the field of orthopedics.

Computer-assisted surgical navigation of the knee or hip is a technique used to optimize accuracy. Although computer-assisted joint replacement is identical to the traditional knee or hip replacement, in many ways, exposure and time are fundamentally different. Computer systems are designed with a variety of different applications and qualities. Many of them rely on infrared tracking, which like a GPS, calculates elapsed time for signals to go and come between an infrared sender. By an extremely accurate mathematical calculation of geometric triangulation, distances can be precisely calculated.

A previous development that is no longer available is electromagnetic tracking systems. This has a distinct advantage in that it can look around a corner or through non-metallic objects. In a surgical application, this has definite advantages. This is still years away, but it gives us an idea of what horizons are still uncharted in terms of making more accurate the orientations of surgical navigation. If you’re familiar with magnetic laws in physics, the simplified explanation is similar to that of a compass. When electromagnetic energy is created close to the coil, the magnetism is turned into minute electrical current depending on orientations. Therefore, when the computer calculates all of the different currents from these small coils on the patient’s leg, it can tell the exact position of the extremity at any given time. Since positional awareness in total joint surgery is crucial at all times, the importance of this new system to scrutinizing surgeons is as important as GPS is to a pilot. If they use it once, they will never want to be without it.

However newer robotic systems have rekindled the use of CAS and come in several different flavors. This is either active or passive. Active means simply that the machine actively positions itself while passive means the physician has to place it within the proper target. In both situations, instruments and cutting jigs are used. We look forward to the developments on these in future years.

Traditional knee replacement surgery and computer-assisted computer navigation surgery have the same endpoint, namely to provide the most amount of function and the least amount of recovery and frustration to the patient. They both involve an incision over the patella, into which the replacement is inserted and cemented or press fit into place. However, many of the differences exist when technology takes yet another step forward through the technique of less invasive or minimally invasive surgical (MIS) application or tissue sparing application.

Total knee replacement surgery using a navigated or computer reference also varies from the traditional surgery in that the method of determining alignment and ligament balance of the components is much more enhanced in a computer-assisted model.

There are some disadvantages to CAS. Although in time, this extra 15 minutes of surgical time will dwindle, at the present, it is clearly taking longer to perform the same operation. Additionally, it is possible that by placing pins in the femur and tibia, that a stress crack could occur through the holes used to affix the trackers. This has been virtually eliminated by the tiny EM trackers that don’t require large mounting screws. As with any new technology, there are inherent risks that will be uncovered even later than this description allows for, but at the present time, enthusiasm over this new technology continues to grow.